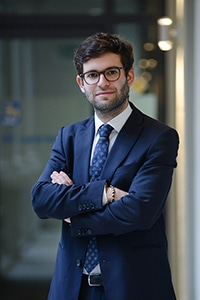 Since March 2015, he has been writing his PhD thesis in spatial planning law on crop rotation areas. At the same time, he worked for 3 years as a graduate assistant to the Chaire de droit at the Ecole polytechnique fédérale de Lausanne (EPFL).

From November 2019 to June 2020, he worked as a trainee clerk at the Tribunal d’arrondissement de la Gruyère in Bulle.

Vincent Bays has been a trainee lawyer with our firm since 17 August 2020.