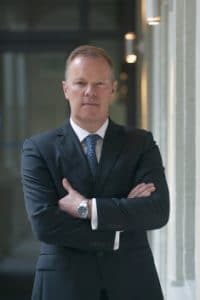 Born in 1962 in Montreux, Eric Ramel obtained his Master in Law from the University of Lausanne in 1985. After graduating, Mr. Ramel worked as Deputy Prosecutor General of the Canton of Vaud before carrying out his lawyer training with the law office of Luthy and Associates in Lausanne. He passed the bar in 1992 and joined Luthy and Associates as a partner in 1993 and continued working with them through 2007.

He founded Ramel & Roussianos Avocats in 2009 with Leila Roussianos and then founded Leximmo with Marc-Etienne Favre in 2010.

His practice as an attorney-at-law is principally within the jurisdiction of the Canton of Vaud and of the Federal State of Switzerland.

Mr. Ramel conducts his practice in both French and English.